What You Should Know About Next National Security Adviser John Bolton 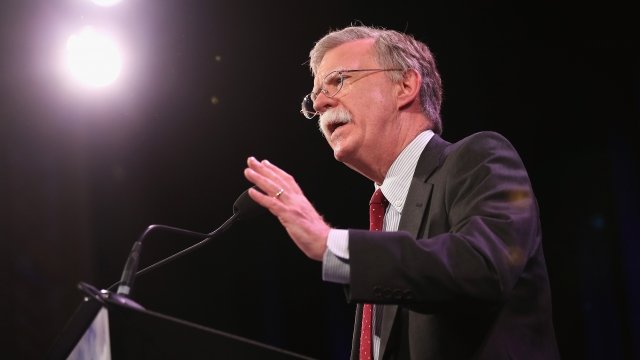 SMS
What You Should Know About Next National Security Adviser John Bolton
By James Packard
By James Packard
March 22, 2018
President Donald Trump's pick for national security adviser has quite a past, including a role in telling the world Saddam Hussein had WMDs.
SHOW TRANSCRIPT

President Donald Trump just named John Bolton as his next national security adviser. And he's no stranger to the executive branch.

Perhaps most notably, he served as U.S. ambassador to the United Nations during the George W. Bush administration. His nomination to the post was hotly opposed. In the midst of his confirmation process, he came under fire for a decade-old video showing him saying the U.N. only worked at the will of the U.S.

Before his post at the U.N., he worked at the State Department as undersecretary for arms control. He helped build the case that Saddam Hussein had weapons of mass destruction, the impetus for the 2003 Iraq invasion. Hussein didn't have WMDs.

Bolton also worked in the Reagan administration and the first Bush administration. More recently, he worked for the National Rifle Association as a member of its international affairs subcommittee. Just Thursday morning, NPR reported on an appearance Bolton made in a 2013 video produced by a Russian gun rights group pushing for looser gun laws in the country. 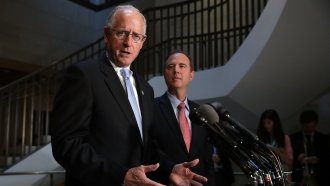 The founder of the group Bolton recorded that video for, Alexander Torshin, is reportedly at the center of an FBI probe into whether he illegally sent money to the NRA in order to help the Trump campaign in 2016.

"It would be fruitless to talk to North Korea," he said on Fox News. "They have talked to us for 25 years, and there is zero evidence that talking in year 26 will make any difference."

Bolton is set to take over April 9.