Newt Gingrich Calls For A Deportation Test Of All US Muslims 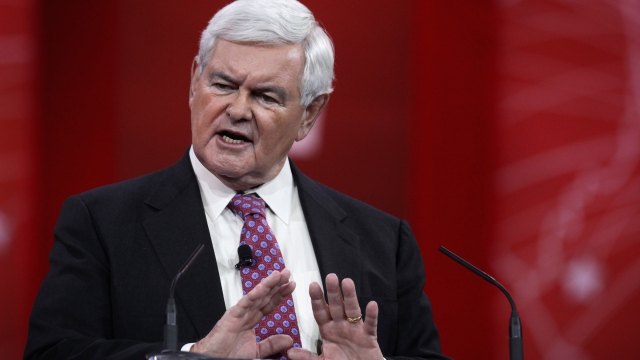 SMS
Newt Gingrich Calls For A Deportation Test Of All US Muslims
By Ben Lawson
By Ben Lawson
July 15, 2016
Gingrich says the U.S. should test Muslims to see if they support Sharia law.
SHOW TRANSCRIPT

"Western civilization is in a war. We should frankly test every person from here who is of a Muslim background, and if they believe in Sharia, they should be deported," said former House Speaker Newt Gingrich on Fox News.

Speaking to Fox News, Gingrich also said he believes anyone who visits websites that support ISIS or other terrorist groups "should go to jail."

Donald Trump also went on Fox News and linked the attack to refugees.

"They may be ISIS. This could be the great Trojan horse of all time," Trump said.

Gingrich was once thought to be a top contender for Trump's running mate, but several sources say Trump will tap Indiana Gov. Mike Pence.

Pence said calls to ban Muslims are "offensive and unconstitutional" shortly after Trump proposed barring Muslims from entering the country in December.

Pence hasn't commented on Trump's calls for deportation following the most recent attack.

As for the Democrats, Hillary Clinton criticized American allies in Europe saying they weren't doing enough to combat terrorism.

This video includes clips from France 24, CBS, Donald J. Trump for President Inc., WANE and Hillary for President and images from Getty Images.