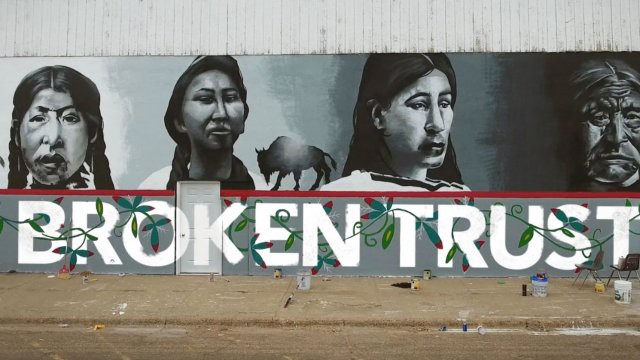 Newsy is the recipient of a Robert F. Kennedy Journalism Award for “A Broken Trust.”

Newsy, the national cable and OTT news network owned by The E.W. Scripps Company (NASDAQ: SSP), is the recipient of a Robert F. Kennedy Journalism Award for “A Broken Trust,” its investigation into the lack of justice for survivors of sexual assault on tribal lands.

The Robert F. Kennedy Journalism Awards honor outstanding reporting on issues including human rights, social justice and the power of individual action in the United States and around the world. Past winners include The Washington Post, National Public Radio, CBS’s “60 Minutes,” ABC’s “20/20” and HBO. Newsy was recognized in the domestic television category.

“A Broken Trust,” which debuted on Newsy in 2019, is a harrowing investigation into the racial group most likely to be raped in the U.S. — American Indian and Alaska Native women — uncovering how race, politics and the law have prevented these survivors from finding justice. For an Indigenous sexual assault survivor on tribal lands, their legal status as an “Indian” sends their case through an entirely different justice system, involving federal, tribal and sometimes state authorities and dollars.

Over the course of an 18-month investigation, Newsy uncovered severe breakdowns in investigations and prosecutions of sexual assaults.

From survivors to police, to tribal leaders to federal officials, the Newsy investigation gives a voice to the people involved in this complex system. Documents, reports and dozens of interviews reveal how the federal government, which is legally required to protect tribal communities, has repeatedly failed to adequately fund and staff tribal justice systems and limited the tribes’ abilities to prosecute and sentence sexual crimes to the fullest extent.

“This was far bigger than the story we set out to expose. Instead, what we found was a much more complex, much more nuanced set of issues that is rooted in the very beginnings of the United States,” said Ellen Weiss, vice president and bureau chief of the Scripps Washington Bureau, which partnered with Newsy on the investigation. “‘A Broken Trust’ gives a voice to those who otherwise wouldn’t be heard and lays the foundation to hold those in power accountable.”

- Year after year, tribal law enforcement agencies across the country are woefully understaffed.

- In 2018, the federal government reported that tribal courts received less than 5 percent of the funding they needed.

- Congress has limited the maximum sentence tribal courts can impose for any crime, including rape, to one year. Exclusive records obtained from the Fort Berthold tribal prosecutor’s office show the court there handed down sentences for three cases of sexual assault in the past six years that ranged from eight days to six months.

- While U.S. attorneys are supposed to help prosecute major crimes in Indian Country, their funding and staffing there has gone down by more than 40 percent in the past seven years.

- The team obtained exclusive data from the Department of Justice showing the Montana U.S. Attorney’s office declined to prosecute 64 percent of sexual assault cases across Montana reservations from 2013 to 2018.

- The team obtained exclusive data from the Bureau of Indian Affairs showing the vast majority of sexual assault cases from 2016 to 2018 on Fort Berthold in North Dakota were unaccounted for.

“A Broken Trust,” reported and produced by Newsy’s Maren Machles, Carrie Cochran and Angela Hill, and independent reporter Suzette Brewer, originally aired on Newsy’s cable channel last fall. It is now available to stream on demand via Newsy’s over-the-top streaming platforms and online at newsy.com. For more details on where to watch, viewers can visit newsy.com/brokentrust.

Newsy is a wholly owned subsidiary of Scripps.