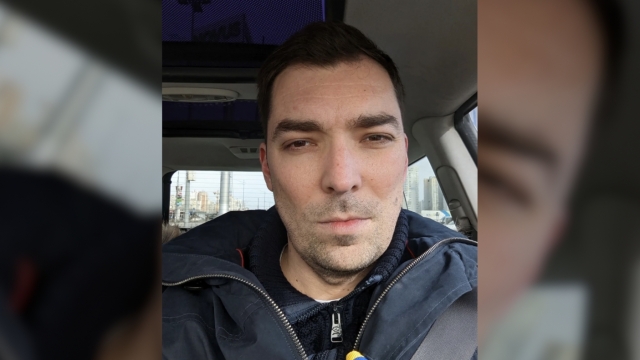 SMS
Newsy Talks To Ukrainian President Zelenskyy's Former Spokesperson
By Newsy Staff
By Newsy Staff
March 29, 2022
Will Ukraine reach an agreement with Russia to stop its brutal war? Igor Novikov tells Newsy what Russia is expected to do next.
SHOW TRANSCRIPT

"Newsy Tonight"'s Chance Seales sits down with President Volodymyr Zelenskyy's former adviser, Igor Novikov, to discuss what Russia is expected to do next in Ukraine.

NEWSY'S CHANCE SEALES: Peace talks are underway. The terms are finally being articulated. Ukraine says it wants assurances of military assistance from the U.S., from the U.K., from China. Does that mean weapons? Or does that mean troops?

IGOR NOVIKOV: Well, I mean, it remains to be seen because I'm not one of the negotiators, but if I had to make an educated guess I would say it's weapons first. If we learned anything during this conflict, during this war, it's that our army is more than capable of pushing back Russia. It's just a question of hardware they're using.

SEALES: So not trying to get everybody involved with troops on the ground, but the assurance request — it's the West, I noticed, plus China. I don't know if that's conceived of like a NATO-plus deal or if it's a scaled-back version, but is that a shoot-for-the moon scenario knowing the final package would be more modest or do you think that's actually within reach?

NOVIKOV: Well, to be honest, it remains to be seen where this war is going to lead in terms of its global ripple effects. I don't think we're anywhere close to the end of this war. So, I think our delegation isn't shooting for the moon, it's actually stating the obvious. I mean, if Ukraine geographically is to be a neutral country and you know, Russia is not going to go away anytime soon, so, we need assurances — not only from NATO that can be used against us — but from the global community as a whole. I think that's more of a balancing act. Whether that's going to materialize, I'm skeptical at the moment, to be honest. I think what's going to happen, if I had to guess, I'd say Russia is stalling at the moment and using, you know, these negotiations with two main objectives: first of all, to showcase to the West that it wants peace and diplomacy, but basically the other one is they need a narrative to explain their losses, especially around Kyiv, to their domestic audience. I think these negotiations are a way for them to announce, you know, at the end of what they call "Phase One."

SEALES: And if people think you're maybe being too cynical about the intentions of Russia, it's worth pointing out you and I were talking and during the cease-fire or a drawdown of sorts, you said, "It's been louder today than ever" with the bombs and all of this. So, when President Zelenskyy was asked by The Economist recently, "What does the future of the country look like?" He said this: "I don't think he visualizes in his own mind the same Ukraine we see. He sees Ukraine as a part of his world, his worldview..." And of course, he's talking about Vladimir Putin — he sees Ukraine differently than maybe the world sees Ukraine. Igor is the Donbas region up for negotiation? Not giving it to Russia, but just setting it free, letting it be independent?

NOVIKOV: Well, look, I mean, if you're asking for my personal opinion, I think, you know, in the 21st century, certain things should be more relaxed. So, if people want to live in their own country and, you know, there's a free and democratic process to kind of ensure that, that's absolutely doable. But the problem is here, with Russia, is that there is no free democratic process for the people to decide their future. I mean, Donbas is a great example of that, because look — first of all, people of Donetsk are suffering a lot and they're suffering from Russia on both sides. So, Russia is, you know, is shooting at Donetsk and, you know, making sure the situation is terrible, then blames on Ukraine and attacks Ukraine. That's the way it's been happening over the last eight years, mainly. And, you know, that's what we're seeing everywhere in Ukraine. So, I think, like, look, it's a question of survival for Ukraine. So, I think we should not compromise on our territorial integrity and sovereignty.

SEALES: One more thing I want to ask you about here: My guest on the show last night, Ben Schmidt, he's at Harvard — he explained in 2019, Ukraine enshrined the pursuit of NATO and EU membership into the constitution. That's a lot more serious than I think a lot of us realize. So if a deal, let's say, is reached with Russia on something like NATO, can that be repealed quickly enough?

NOVIKOV: Well, first of all, what what needs to happen, according to the current Ukrainian legislation — before that can be a referendum, which is the quickest way of doing it, there needs to be the end of martial law. And for the martial law to end, you need Russia to withdraw all its forces to at least the positions that they held before Feb. 24. So, it's not going to happen the way Russia proposed it happened with this Steinmeier formula, for example, in Donbas. So, if if you remember correctly, I mean, what Russia wanted in Donbas was for people of Donetsk and you know, the region, to hold the elections. And only after those elections, Russia will hand over the control of the border to back to Ukraine. Therefore, Russia was insisting that, you know, they used their forces on the ground to ensure the outcome of those elections. And, you know, Ukraine was arguing with Russia, that was the main point of all the negotiations that were going on. Now, that is impossible as far as NATO is concerned, because, you know, in order to change our constitution, in order for to hold a referendum, there needs to be an end to hostilities. Otherwise, you know, it's legally impossible. And I don't think President Zelenskyy, or his team, or the people of Ukraine are going to be okay with bending the law here or breaking away.

SEALES: I see. That's really good information that, even if these concessions were on the table, they can't be done at gunpoint. Igor Novikov, thank you so much for coming back again tonight. I'm glad that you and your family are safe. We pray for the rest of the nation as well. Thank you.