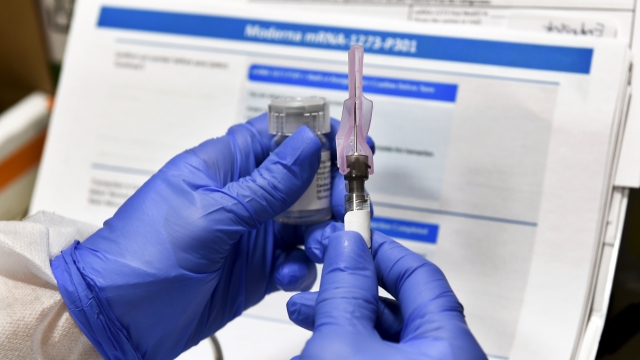 SMS
Newsy-Ipsos Poll Finds 34% Not Interested In Getting COVID-19 Vaccine
By Cat Sandoval
By Cat Sandoval
September 24, 2020
Poll finds Black respondents not as interested in taking a vaccine when compared to their White and Hispanic counterparts.
SHOW TRANSCRIPT

Phyllis Arthur, Vice President of Infectious Diseases at Biotechnology Innovation Organization said, "It's slightly unfair to ask people whether they would take something that they don't know anything about. So until we have the data on the actual vaccines, I think people are reacting to a lot of different things besides the vaccine itself."

Arthur helped launch several vaccines in the U.S. and internationally. She says lack of vaccine trust is due to the political landscape, how people feel about vaccines overall, science and the government. She said until we have adequate data on approved vaccines, there will be this skepticism. 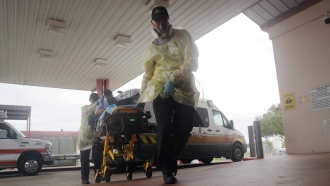 Our study also found Black respondents were not as interested in taking a vaccine when compared to their White and Hispanic counterparts. Forty-eight percent of Black respondents said they weren't interested in a vaccine compared to 42% who said they were. One of the factors could be historical mistrust. In the past, Black and Native American people in particular have been abused and unethically experimented in the name of science.

"We have concerns about undue political influence on decisions being made both at the Centers for Disease Control and Prevention and the FDA," said Dr. Leon McDougle, President of the National Medical Association.

The FDA Commissioner said there will be a thorough review process and science to guide their vaccine approval.

FDA commissioner Dr. Stephen Hahn said,"FDA will not authorize or approve a vaccine that we would not feel comfortable giving to our families." 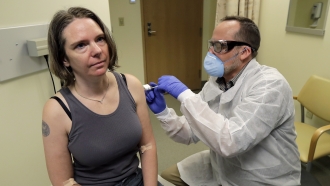 But McDougle cites President Trump's praise of hydroxychloroquine, the FDA approving it for emergency use and then later revoking that authorization.

"We want to serve as a bridge to help lower that level of mistrust, because if a safe and effective vaccine is developed, we want our community to have access to it," said McDougle.

"We already see mounted anti-vaccine campaigns against a potential vaccine that doesn't even yet exist," said Wolynn.