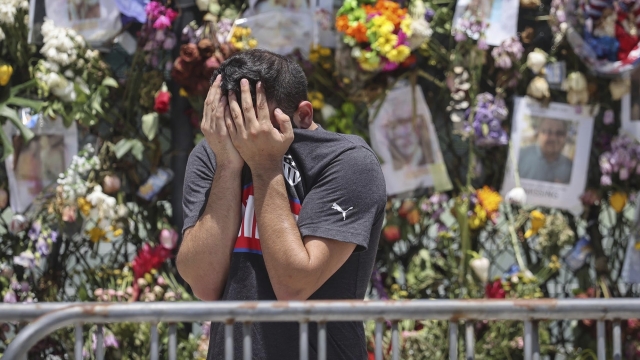 In the years before a section of their high-rise suddenly pancaked to the ground, residents of Champlain Towers South were working to address defects identified in a periodic structural safety review, an unusual local requirement for all tall buildings that reach 40 years old.

The Newsy investigative team reviewed building codes in seven major U.S. cities and found the more common approach is to require checking structural integrity only when a tower is new.

After that, city codes diverge.

New York, Boston, Chicago, Philadelphia and San Francisco call for routine checkups only of tower exteriors, where pieces might fall off and hurt someone on the ground.

Definitions of a high-rise vary, as do how often re-inspections should occur: every five years in Boston, up to every 12 years in Chicago.

Seattle re-certifies towers only after damage from an event such as an earthquake.

Houston requires inspections of apartment buildings every four years, but not condominiums unless someone makes a complaint.

The cities are following guidance from the International Code Council.

The group’s model building codes don’t say anything about whether high-rises should be re-inspected, only that they should be maintained and stay structurally sound.

That may change soon.

“We have to be more diligent in the future,” said Dominic Sims, the council’s CEO.

The group is planning to meet in August to discuss the collapse and to consider periodic building inspections.

The council also will review any findings from investigators at the National Institute of Standards and Technology who are on the ground in Surfside, Fla.

“We’re going to want to hear from the experts,” Sims said, adding there is a “very strong likelihood” the council will adopt new guidelines for routine re-inspections of high-rises, at least for areas in the bullseye of climate change with sea level rise and stronger storms.

“The forces that are acting on buildings are changing,” he said.

There is concern that new recommendations to regularly examine high-rises in all cities would be an overreaction.

“It’s not really the right way to spend resources,” Miyamoto said. If towers are built to code and weather-tight, they should "last forever," he said.

Without mandated re-inspections, in a condo building it’s often up to residents to detect trouble themselves and agree to pay for costly fixes.

While investigators are still determining what brought down part of Champlain Towers, condo owners had been grappling with repairs that an engineer warned would be “extremely expensive.”

“Just the mere fact that it did fall, and in the U.S., that’s not something that I think the public will accept,” he said.