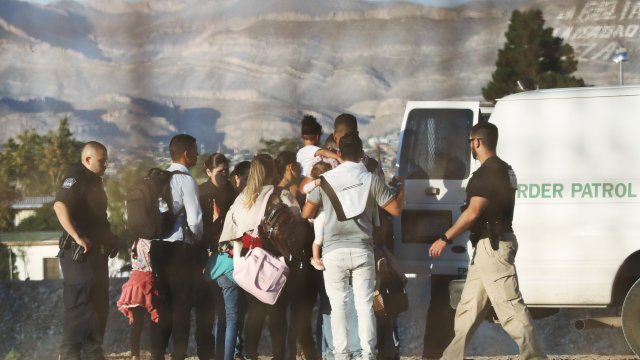 As international concern grows about the conditions of America's migrant detention facilities, Newsy found Immigrations and Customs Enforcement and Customs and Border Protection may both be violating their own standards of care. In 2016, ICE updated standards "to ensure consistency with federal, legal and regulatory requirements."

Hundreds of pages of ICE documents, posted publicly online, detail protocol on major areas from safety and security to recreation and religious practices — even marriage requests. There's also a handbook of rights for detainees.

But the majority of detainees aren't kept in ICE custody. They're held by Customs and Border Protection. And though CBP has its own policies, they are much more vague. In other words, when a detainee is transferred from ICE custody to CBP, the requirements of care can differ.

Newsy has found current conditions routinely fall short of both sets of guidelines.

But within the last month the Trump administration has argued the details of this in court.

After members of Congress visited various Texas facilities on Monday, they said detainees aren't living in acceptable conditions. A video released by Congressman Joaquin Castro shows more than a dozen women in one cell. Under ICE guidelines, there must be one toilet for every eight female detainees. CBP guidelines don't detail a ratio, only saying hold rooms must have toilets and sinks.

Twenty-five pages of ICE guidelines outline food standards — which include "nutritious and appetizing meals," "religious diets" and "self service beverage and ice-stations." CBP only requires food "be in edible condition."

Congresswoman Madeleine Dean told Newsy Tuesday women had no access to water inside their cell, something CBP disputes.

"The women were told for water they could drink out of the toilet. That was clean enough," she said.

The DHS Office of Inspector General report released Tuesday says some detainees were only given bologna sandwiches to eat. A footnote reads, "Border Patrol management at these facilities told us there were too many detainees on site to microwave hot meals." The report says, "Some detainees on this diet were becoming constipated and required medical attention."

On the issue of medical care, 41 pages of ICE documents detail how the agency should "transfer [detainees] in a timely manner to an appropriate facility" if the facility cannot handle the need. CBP does not detail how to handle these situations.

"One woman wanted me to touch the upper part of her back because there was a large lump and the doctors told her it needed a biopsy but they would not be able to help her there," Dean explained.

With an obvious disparity in standards between ICE and CBP, the OIG recommends DHS "transfer single adults to ICE custody as quickly as possible; within DHS, long-term detention is ICE's responsibility."