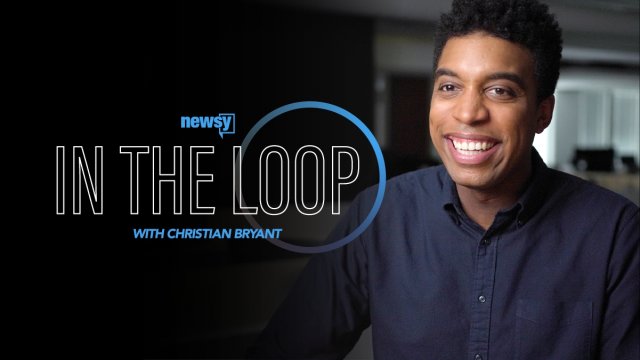 Newsy is launching a new nightly news show for its audience on OTT platforms, “In the Loop with Christian Bryant."

Newsy, the leading cable and over-the-top television news network, is launching a new nightly news show for its audience on OTT platforms, “In the Loop with Christian Bryant.”

“With ‘In The Loop’ Newsy is offering a new kind of news show, giving our audience both the headlines they need and the unique storytelling they want — all with a style and voice you won’t find anywhere else in the TV news landscape,” said Zach Toombs, executive producer for “In The Loop.” “Along with covering top stories, original segments will feature internet sleuthing, reporter interviews in the form of trivia game shows, and breakdowns of the latest bizarre trends driving social media buzz.”

Bryant is a Newsy veteran, previously leading Newsy’s culture reporting team as senior culture editor. He also has been a frequent on-air talent and reporter for Newsy focusing on gun violence in America.

“In the Loop” will premiere across Newsy’s free streaming news app for Roku, Amazon Fire TV and Vizio on Monday, May 25. The show also will be available on the streaming apps of more than 30 local Scripps TV stations. New episodes air weeknights starting at 7 p.m. Eastern and can be accessed in full on the Newsy app any time before 1 a.m. Eastern.

Newsy, rated by Ad Fontes Media as the most neutral and reliable cable news network, has distribution agreements covering nearly 40 million pay TV subscribers and is a leader in over-the- top television, available on nearly every streaming platform.