Newsy Captures Border Arrests Of 8 Migrants, Including Kids, On Camera 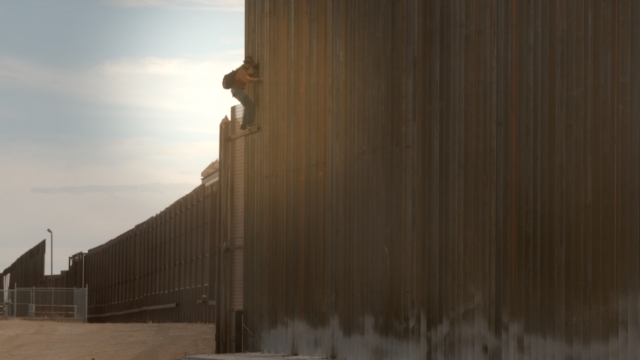 Less than two hours before the sun sets, Newsy is rolling as a man scales the border wall in southeast El Paso, along the border of Ciudad Juarez in Mexico.

Not long after he plants his feet on American soil, another man he’s traveling with begins scaling the wall, too.

It takes less than two minutes for Border Patrol to appear, almost as if from nowhere. And then the agent is suddenly at the foot of the wall, apprehending the man on the ground, and the other is still more than two dozen feet in the air.

"I'm seeking human rights. Human rights," the man on the ground tells the officer, adding that he's 31 and from Honduras, seeking asylum after having his life threatened.

As the officer brings the men back to the other side of the wall, he is met by more patrol agents and more migrants who seemed ready to cross the border. There are at least four children with them.

"I climbed the wall because I'm tall, but for the kids, you are right," the Honduran man says."It's very dangerous," the officer replies.

"I crossed before, but they didn't want to help me. I crossed the river with my family and they threw me back to Mexico," the Honduran man is heard saying.

It takes just 13 minutes for the entire group of eight migrants to be taken away calmly, without use of force, without so much as a raised voice from either side.