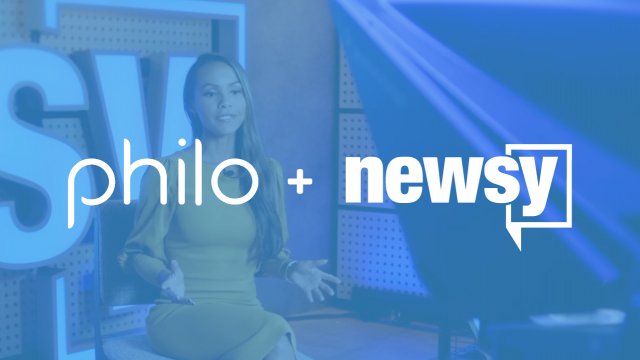 The Newsy channel will be available on Philo’s streaming TV service just in time for the highly-anticipated 2020 election.

As part of its continued expansion across over-the-top and pay TV platforms, Newsy has added its full slate of news programming to Philo, the nation's fastest-growing live and on-demand streaming service.

Philo subscribers now have access to Newsy's up-to-the-minute news coverage and its full lineup of live shows including "Morning Rush" and "Newsy Tonight," and can stream live coverage of key moments this election year such as the presidential debates.

Newsy joins Philo's lineup of more than 60 channels, available to subscribers for $20 per month. In addition to streaming their favorite shows, all Philo subscribers can now watch news coverage from Newsy live from anywhere in the U.S. on most web browsers, mobile and TV streaming devices including Apple TV, FireTV and Roku and via Chromecast functionality on Android devices.

"Access to news and information is more important than ever, so we’re thrilled to be able to bring Newsy to more than 750,000 engaged Philo customers," said Blake Sabatinelli, CEO for Newsy. "Our approach to the news empowers viewers with straightforward reporting that informs instead of influencing — giving the context and perspective viewers won’t find elsewhere."

"With the presidential election less than a month away, Philo is excited to add Newsy to our news offerings and our growing list of more than 60 channels," said Mike Keyserling, COO and head of programming at Philo. "The network’s focus on providing straightforward, opinion free news coverage is a perfect fit for Philo customers, who span every region and political affiliation in the United States."