Will Newspapers Be Allowed To Take On Google And Facebook? 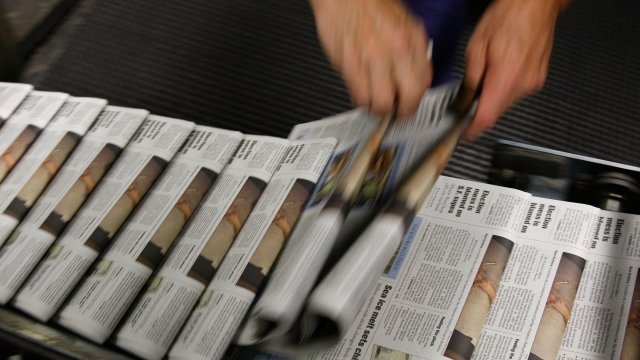 SMS
Will Newspapers Be Allowed To Take On Google And Facebook?
By Ryan Biek
By Ryan Biek
July 11, 2017
Thousands of news outlets want to collectively negotiate with the tech giants, but they'll need Congress' permission first.
SHOW TRANSCRIPT

Thousands of media organizations are putting aside competition to take on Google and Facebook together –– that is, if the government lets them.

Despite not crafting the news, Facebook and Google direct how it spreads online. With that, the two also dominate how it's monetized in the digital space.

Digital ad revenues have jumped significantly, but those two tech giants have gotten almost all of that revenue growth. Google alone is expected to take in about 40 percent of digital ad revenue in the U.S. this year.

So the News Media Alliance is fighting back. It represents almost 2,000 outlets, including The New York Times, The Wall Street Journal and The Washington Post.

The group says it wants to negotiate with Facebook and Google for a better arrangement, but it’s not just about money. The alliance says the current process contributed to the rise of fake news — something they want to stop. 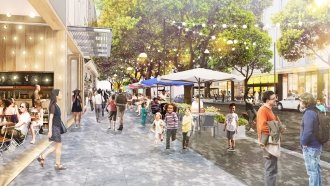 But to negotiate together, they need permission from Congress, or they could violate anti-trust laws.

Not everyone likes the alliance's chances. The Republican-led Congress isn't exactly the news media’s biggest supporter.

But the alliance argues democracy needs quality journalism and that kind of journalism can only continue if news outlets can negotiate together.