Newscaster Announces Death Of David Cameron Instead Of David Bowie 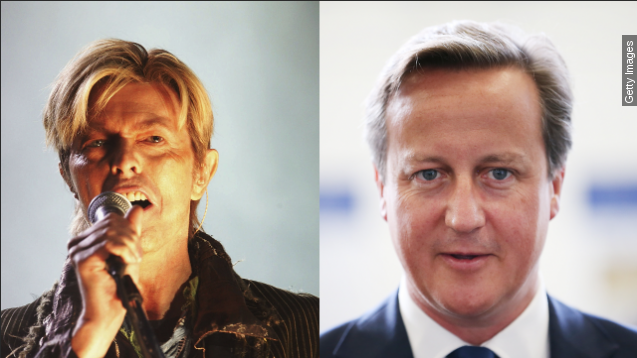 Winchester's slip-up was likely due to her quoting the British prime minister's response to Bowie's passing.

Winchester quickly corrected her mistake, though that didn't do much to quell social media's amusement.

For his part, Cameron showed he was alive and well, calling Bowie a "master of reinvention" and saying he deserves to be called "a genius."

Bowie died Sunday at the age of 69, two days after the release of his 25th studio album.