New Zealanders Hand In Over 56,000 Firearms During Amnesty Period 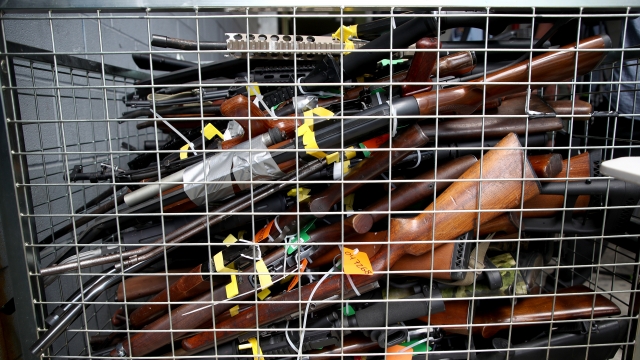 New Zealand police say people turned in over 56,000 firearms during a six-month amnesty and buy-back period.

Deputy Commissioner Mike Clement called the gun buy-back "unprecedented." The goal of the program was to get illegal firearms off the street. On top of the firearms, New Zealanders handed in over 194,000 parts and took in 2,700 firearms to be modified and made legal.

Clement said in a statement there were hundreds of collection events in "every corner of New Zealand" in order to provide a range of options for people to turn in illegal firearms.

New Zealand's government launched the amnesty period after deadly attacks on two mosques in March which left 51 people dead and dozens of others injured. The country officially banned military-style weapons less than a month after those attacks.

The suspect in the shootings has been charged with 51 counts of murder, 40 counts of attempted murder and one count of engaging in a terrorist act. His trial is set to start in May.