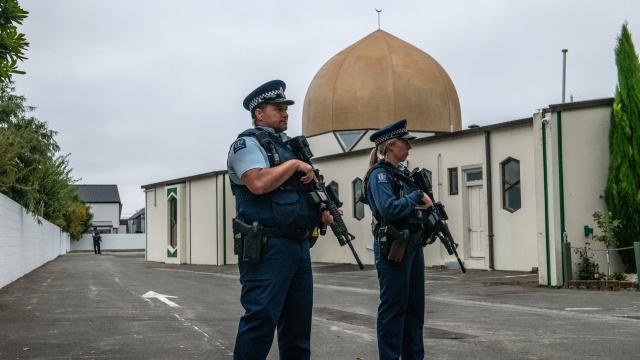 It's reportedly the first time a person's been charged under the country's Terrorism Suppression Law.

The man accused of carrying out attacks on two mosques in New Zealand back in March has been charged with engaging in a terrorist act.

New Zealand Police announced the new charge on Tuesday. Multiple outlets report it's the first time a person's been charged under the country's Terrorism Suppression Law, which was enacted following the Sept. 11 attacks in the U.S.

The 28-year-old suspect is also facing 51 counts of murder and 40 counts of attempted murder in connection with the shootings.

He is expected to make his next court appearance in June. If convicted, both the murder charges and the terrorism charge carry a maximum penalty of life in prison.