Christchurch Shooting Part Of A Pattern Of Far-Right Extremist Attacks 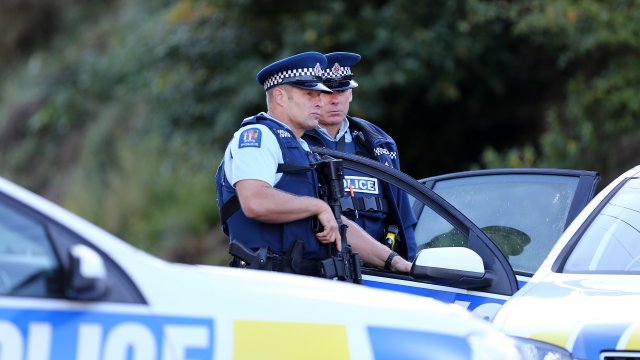 SMS
Christchurch Shooting Part Of A Pattern Of Far-Right Extremist Attacks
By Matt Picht
By Matt Picht
March 15, 2019
The mass shooting in Christchurch, New Zealand appears to share a common ideology with other right-wing acts of terror around the world.
SHOW TRANSCRIPT

The mass shooting in Christchurch, New Zealand, that has shaken Muslims around the world fits into a pattern of far-right, politically-motivated terror attacks carried out around the world in recent years.

One of the alleged shooters supposedly penned a manifesto denouncing immigration and multiculturalism. It's a white supremacist ideology shared by other right-wing mass killers — most notably Norway's Anders Breivik, whom the suspect cites as an inspiration.

Director Paul Greengrass' film "22 July" is about Breivik's attack on Norway and how a country processes extremist violence.

When Newsy spoke with Greengrass last October, he said he was most concerned that extremist ideologies like Breivik's are migrating from the margins to the mainstream, riding a wave of anti-immigrant sentiment.

Greengrass told Newsy: "This is a massive problem, and it's a reality, and the worldview is Breivik's worldview."

"That's where you get this whole language of rage and betrayal, the sham of democracy, fake news, all of these things that are undermining the fabric of where we sit."

The Christchurch mosque shooter may have felt emboldened by fellow New Zealanders' anti-immigrant sentiment. A 2017 survey found that 55 percent of New Zealanders thought immigration to the country was too high. And in nearby Australia, where another one of the suspected shooters is from, that number was 64 percent in a 2018 poll.

New Zealand Prime Minister Jacinda Arden emphasized refugees have a home in the country in the wake of the shooting. But one Australian senator tried to blame lax immigration policies for the bloodshed, a move that drew harsh condemnation from his colleagues.

Greengrass said: "If you look at what Breivik has to say, that is standard rhetoric for your mainstream populist right-wing politician. So the worldview now is something that millions of people would agree with. And that should concern us."