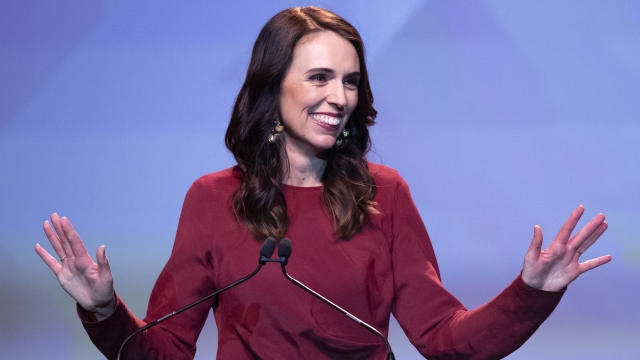 New Zealand Prime Minister Jacinda Ardern won a second term in office on Saturday as voters elected her in a landslide of historic proportions.The prime minister said her party earned more support from New Zealanders that at any time in at least 50 years.

With most votes counted, Ardern's liberal Labour Party was winning 49% of the vote compared to 27% for its main challenger, the conservative National Party.

The Labour Party hasn't won an outright majority of seats in Parliament since New Zealand implemented a proportional voting system 24 years ago.

In a victory speech, Ardern promised not to take her new supporters for granted and to govern for all New Zealanders.

"We will govern as we campaign positively with optimism about our future with a relentless focus on a recovery that brings New Zealanders with us to deliver long lasting change. Now more than ever is the time to keep going, to keep working, to grab hold of the opportunities that lay in front of us. So let's step forward together."

Additional reporting by Nick Perry of The Associated Press.