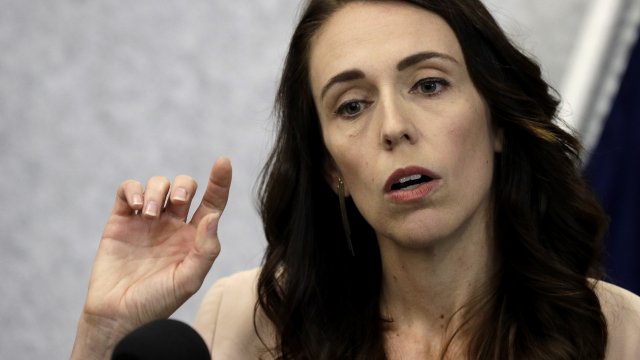 New Zealand's prime minister and other top officials will take a 20% pay cut for the next six months as the coronavirus pandemic continues to ravage the economy.

"This is where we can take action and that is why we have. We acknowledge New Zealanders who are reliant on wage subsidies, taking a pay cut and losing their jobs as a result of the global pandemic," Ardern said.

New Zealand has been on a strict lockdown for weeks in an effort to stop the spread of the coronavirus. Nonessential businesses, schools and offices shut their doors in March. And the country's borders have been closed for almost a month now.

Ardern has said those restrictions likely won't be lifted anytime soon. And those efforts appear to be working. As of Wednesday, Johns Hopkins reported nearly 1,400 confirmed cases in New Zealand and only nine deaths.