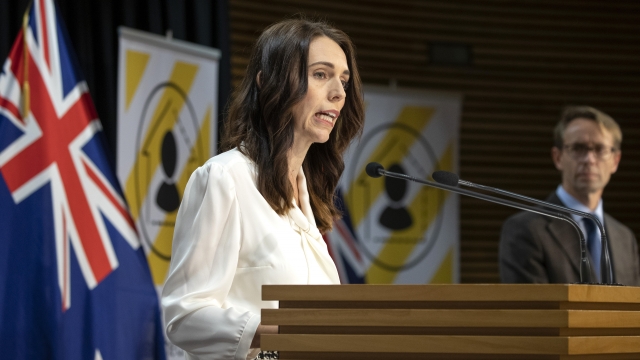 By Katherine Biek
May 21, 2020
Prime Minister Jacinda Ardern brought up the idea as a potential way to promote domestic tourism in the country.
SHOW TRANSCRIPT

New Zealand's prime minister is floating the idea of a four-day workweek as a way to help revitalize the economy.

"There's lots of things we've learned about COVID and just that flexibility of people working from home, the productivity that can be driven out of that. I really encourage people to think about that if they're an employer and in a position to do so. To think about whether or not that is something that would work for their workplace, because it would certainly help tourism all around the country," Jacinda Ardern said in a Facebook Live video.

As most of the world continues to grapple with the pandemic, New Zealand has almost eliminated the coronavirus. The nation reported a single new case in the past six days.

Because of this, Ardern has lifted most of the coronavirus lockdown measures her government implemented. Over the past weeks, schools, workplaces, retail shops, and restaurants have all opened. And bars and pubs began welcoming customers again on Thursday.

But while Ardern's already said New Zealand won't be open to international travelers for "a long time to come," she is allowing residents to travel within the country.

"The question for me is, how do we encourage Kiwis to make sure that they go out and they have that experience? And when they go and visit somewhere, they don't just stay with family and friends, but they get out and about and visit some of the amazing places and tourism offerings that we have," Ardern said.

Ardern said the possibility of a four-day workweek is ultimately in the hands of employers. But she noted that domestic travel counts for 60% of New Zealand's tourism industry.