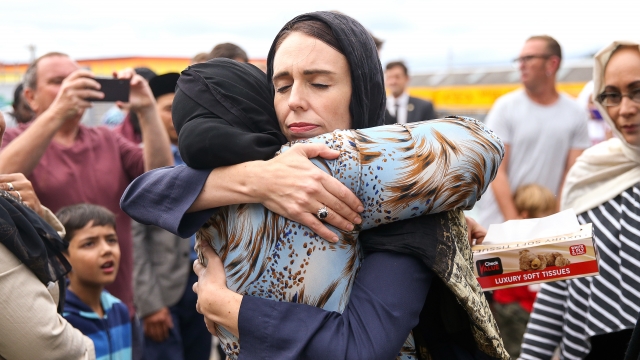 New Zealand's prime minister is asking social media platforms to crack down on hateful content after a shooter livestreamed an attack at a mosque on Facebook.

She said Monday: "I would call on our social media platforms of all varieties to demonstrate the kind of responsibility that both lead to these events and that includes those who perpetuate the messages in the aftermath. There's a lot of work to be done."

Facebook says it removed 1.5 million videos of the attack within 24 hours. Ardern said those blocked videos suggest Facebook could "take a very direct approach to instances of speech that incites violence or that incites hate." She called on social media companies to acknowledge how their platforms were used in the lead-up to the mosque shooting.

Other critics also say Facebook should have caught the livestream earlier. The platform has content moderators, but it reportedly only took down the video and removed the shooter's Facebook account after it was alerted by police.

Meanwhile, other companies are also working to keep the video off their platforms. On Friday, YouTube said it was "working vigilantly to remove any violent footage," and Twitter said it was taking down all depictions of the attack.