New Zealand Is Planning To Tax Most Tourists 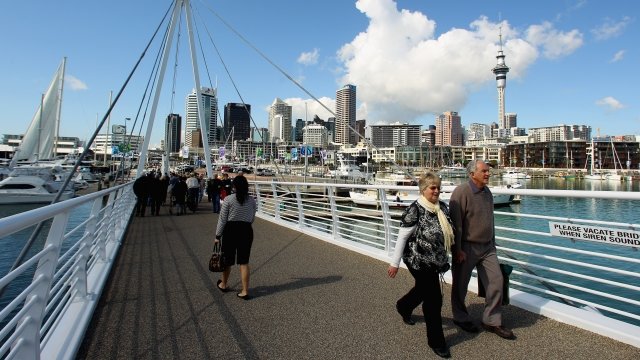 New Zealand is planning to impose a tax on most of its foreign visitors.

The country's tourism minister Kelvin Davis said Friday the new tax would cost up to $35 New Zealand dollars — about $24 American dollars — per person.

The tax is expected to generate millions of dollars per year to help fund New Zealand's tourism and conservation infrastructure.

Davis said, "We don't believe that the financial burden should rest purely on the shoulders of New Zealanders. We do believe that visitors should pay their fair share."

The country sees about 3.8 million international visitors every year, and that number is expected to grow. But not all of those tourists will have to pay the new tax.

Officials say they expect the tax to take effect in the second half of 2019.