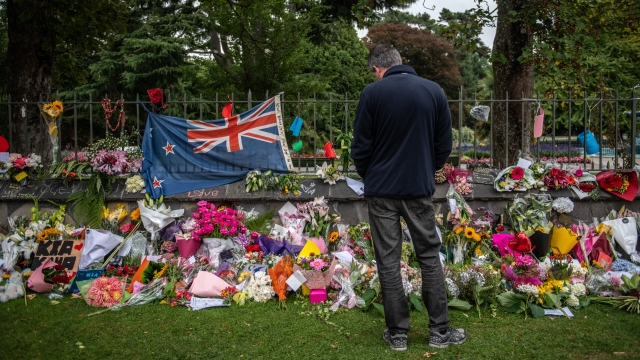 Authorities in New Zealand say they hope to identify a majority of the victims of Friday's deadly Christchurch mosque shootings by the end of the day Wednesday.

Police have also started to release the names of the victims.

"Specifically, today, I want to talk about the process to reunite the victims with their loved ones. This is, for us, an absolute priority for family reasons, for compassionate reasons and for cultural reasons," Police Commissioner Mike Bush said Wednesday.

Bush said as of Tuesday night, 21 of the victims' identities were confirmed and their bodies would be available to be released to their families. He said that while authorities were making "very good progress," some of the identifications would take a little longer.

"As police, I've said our number one priority is the victims and their families, but we do, of course, have other obligations. and the first one, on behalf of the chief coroner and all the coroners, is to ensure absolute accuracy in that identification process," Bush said.

Officials started returning the remains of the identified victims Tuesday.

Families have been waiting to give their loved ones proper funerals. Muslims traditionally try to cleanse and bury the dead as soon as possible, often within 24 hours.

The New Zealand Police previously said it is "acutely aware of frustrations by families associated with the length of the time required for the identification process."

Fifty people died and dozens of others were injured following shootings at two mosques in Christchurch. So far, one suspect has been charged in relation to the attacks.