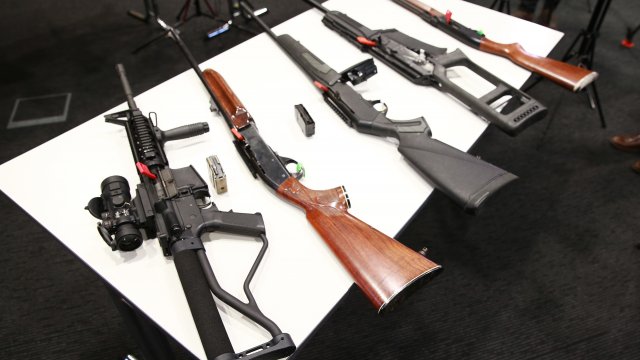 SMS
New Zealand Launches Plan To Buy Back Now-Illegal Firearms
By Briana Koeneman
By Briana Koeneman
June 20, 2019
The government announced the details of the buyback for weapons that were banned after deadly attacks on two mosques earlier this year.
SHOW TRANSCRIPT

New Zealand's government has launched a plan to buy back weapons that were banned after deadly attacks on two mosques earlier this year.

On Thursday, the country's police minister and finance minister announced the details of the firearms buy-back and amnesty.

Under the plan, licensed gun owners have until Dec. 20 to hand in their outlawed firearms and magazines. And they'll be compensated based on the condition the weapons are in.

New Zealand has set aside the equivalent of more than US$130 million for the plan. But critics say some of the prices offered for the newly illegal firearms are unfair.

As a spokesperson for the Council of Licensed Firearms Owners told The New Zealand Herald: "250,000 [firearms license holders] are starting to feel ripped off. They're angry and they're frustrated."

New Zealand's ban on military-style weapons officially became law in April, less than a month after the mosque attacks in Christchurch left 51 people dead and dozens of others injured.