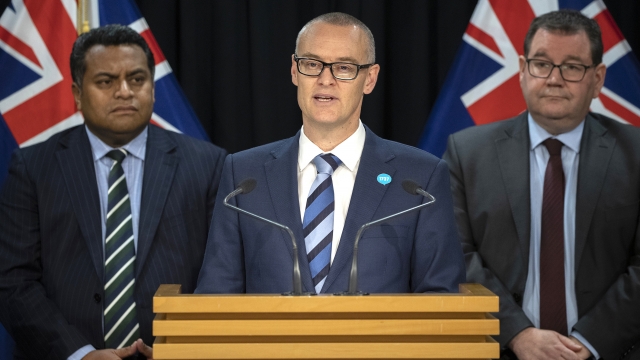 David Clark: "It has become increasingly clear to me that my continuation in the role is distracting from the government's overall response to COVID-19 and the global pandemic."

Dozens of people in New Zealand were released from quarantine early late last month without being tested for COVID-19. Clark was widely criticized after he shifted the blame onto another health official instead of taking responsibility himself.

Clark also breached New Zealand's lockdown measures at least twice in April -- first to go mountain biking and then later driving about 12 miles to walk along the beach with his family.

Prime Minister Jacinda Ardern said at the time she would've normally fired Clark for those breaches, but she couldn't afford a "massive disruption in the health sector" while New Zealand battled the coronavirus. So she instead just demoted Clark in the cabinet rankings and stripped him of his associate finance minister role.

Clark said Thursday he still plans to remain in Parliament as a lawmaker.