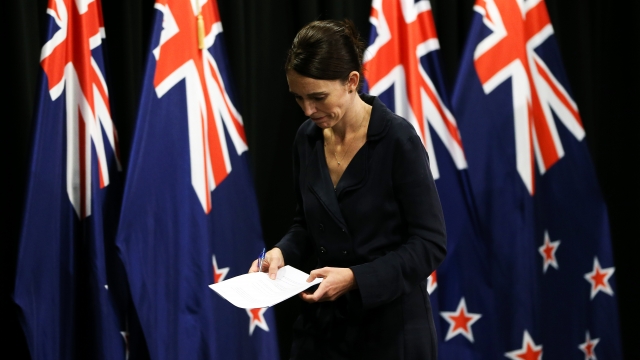 Her announcement came just days after a deadly attack on two mosques in Christchurch killed at least 50 people and injured dozens more.

"I want also to acknowledge that when Australia found itself tragically in a similar position to what we find ourselves now, they took 12 days to make the decision. We've taken 72 hours," Ardern told reporters Monday.

As Newsy's previously reported, New Zealand's current firearms regulations are relatively lax. People are required to have a license to own guns. The minimum age to get one is 16 years old, or 18 for military-style semi-automatic weapons. But gun owners aren't required to report how many weapons they own.

Ardern didn't specify what the new gun laws would look like. But over the weekend, her attorney general told Radio New Zealand that officials would be looking into regulations surrounding semi-automatic weapons.

Ardern told reporters that the changes to the country's firearms laws would be announced soon.