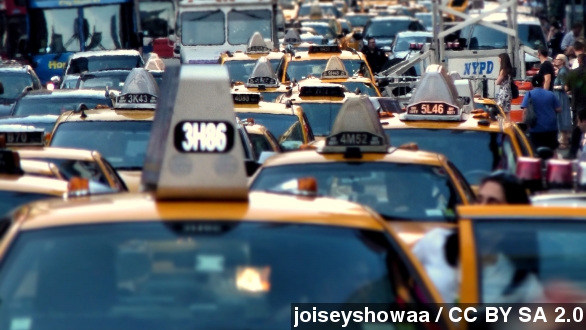 But here's one thing not to love: New Yorkers' work weeks are the longest compared to 29 other major U.S. cities. Womp womp.

San Francisco came in second at 48 hours, 58 minutes in total working time, and Washington, D.C., is third at 48 hours, 39 minutes. The No. 4 and No. 5 spots belong to Houston and Fort Worth in Texas.

This is all according to New York City's Comptroller, Scott Stringer. He said:

"This means employees in the Big Apple get paid less than it appears on an hourly basis, because their commutes are significantly greater than anyone else in the country."

New Yorkers spend an average of 6 hours and 18 minutes commuting to work in a single week. The only city to even come within an hour of that was Chicago at 5 hours, 25 minutes.

Stringer's study looked at census data from 1990 and 2000, as well as the 2013 American Community Survey to get the numbers.

Out of all 30 major cities, Milwaukee, Wisconsin, was last on the list with a 44-hour, 53-minute total work week, including 3 hours and 40 minutes getting to and from the office.

Not too shabby. Comparatively, at least.

This video includes images from Getty Images and Jim Bauer / CC BY ND 2.0.