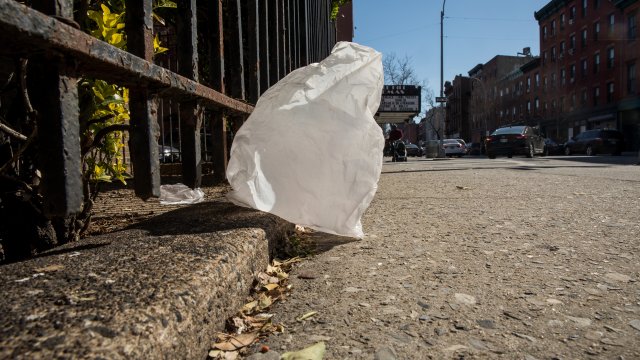 According to several reports out Friday, New York state lawmakers agreed to impose a ban on most kinds of plastic bags from retailers.

Exceptions to the rule include bags for food takeout, newspapers and garments. Bags sold in bulk — like trash bags — are also exempt.

New York Gov. Andrew Cuomo first proposed the ban last year. He said in a tweet Friday: "Plastic bags have blighted our environment and clogged our waterways. By banning them, we will protect our natural resources for future generations of New Yorkers."

As of right now, California is the only U.S. state with a statewide ban on plastic bags. Hawaii effectively has a plastic bag ban too, since all of its counties have passed legislation barring them.

New York's ban is set to go into effect in March of next year.