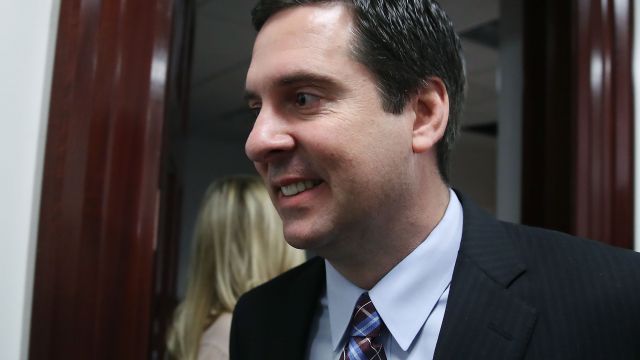 The New York Times thinks it knows who House Intelligence Committee Chairman Devin Nunes got his claims about U.S. surveillance and President Trump from.

The day after that, Nunes told reporters he was concerned U.S. surveillance might have incidentally picked up members of Trump's transition team.

The Times report doesn't challenge Nunes' claims, but it does raise questions about his motivation.

Nunes has been accused of colluding with the White House to give Trump political cover for his unfounded claim that he was wiretapped.

Adam Schiff, the House Intelligence Committee's ranking Democrat, has called on Nunes to step aside.

Schiff told reporters, "If that was designed to hide the origin of the materials, it raises profound questions about just what the White House is doing."

The White House has invited Schiff to view classified documents about the surveillance during the election. It's unclear whether those are the same documents Nunes based his claims on.