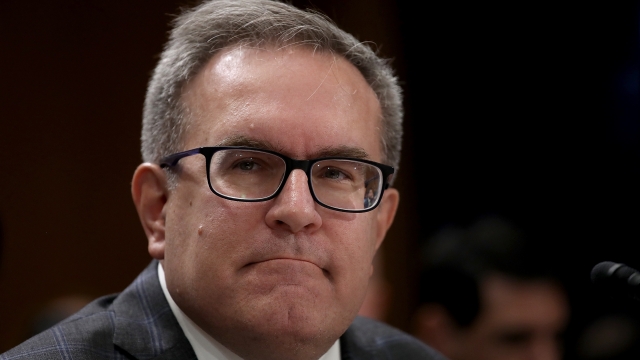 By Meg Hilling
October 31, 2019
The move would relax "some of the requirements on power generators" and exempt some of them from even those requirements.
SHOW TRANSCRIPT

The New York Times is reporting the Environmental Protection Agency is looking to roll back more Obama-era regulations on emissions.

Sources familiar with the plan say the move would weaken a regulation aimed at limiting emissions of toxic metals like lead, arsenic and mercury from coal-fired power plants.

The move would prolong the life of coal-run power plants.

Sources told the Times the Trump administration plans to claim the new rule "will remove more pollutants than the Obama-era regulation," based on an analysis that "assumes about 30 percent of power plants will voluntarily choose to install more stringent technology."

Environmental groups opposed to the move argue the rollback could lead to serious public health issues, as coal ash, the residue from burning coal, would likely make its way into water sources.

According to the Times, power plants produce 130 million tons of coal ash a year and store it in about 1,100 sites throughout the country.

This move would mark the latest chapter in the Trump administration's ongoing efforts to roll back Obama-era regulations regarding the environment and non-renewable energy.

Elected Officials Take Heat For Not Following Own COVID-19 Advice

U.S. House To Vote On Marijuana Legalization For First Time