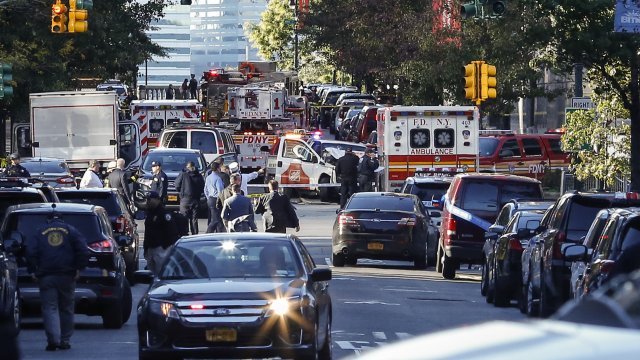 The New York City attack that left at least eight people dead was carried out using a rented truck from Home Depot.

The vehicular terror attack that left at least eight people dead in New York City is the latest in a grim series of incidents using rented vehicles to kill civilians.

Investigators reportedly found a note in the attacker's truck about the terrorist group ISIS. The  group has previously called for attackers to use vehicles as weapons.

The Home Depot confirmed a rented truck from one of its stores was used in the New York attack. The retail chain says it's cooperating with investigators.

Cities in Australia and Canada dominate the list for "most livable" cities in the world.

Police officials noted during a press conference that in the wake of these terror attacks, authorities have reached out to warn private businesses about the threat.

NYPD Deputy Commissioner of Intelligence and Counterterrorism John Miller said: "We visited over 148 truck rental locations in this area, the obvious ones — U-Haul, Ryder, Home Depot, etc. — and talked about suspicious indicators, ways to come forward. ... The industry has had a high level of awareness on this matter from the NYPD."