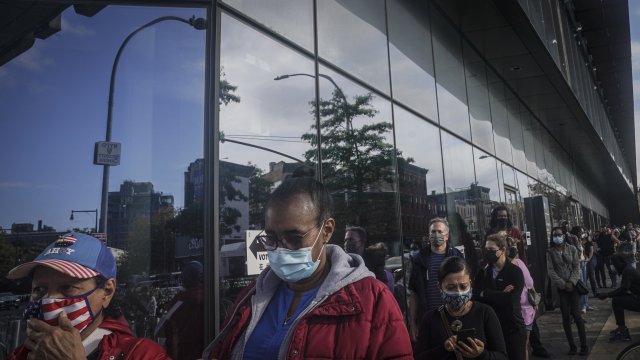 New York has recorded more than half a million COVID-19 cases since the beginning of the pandemic.

The state, which was once the epicenter of the virus, is seeing a recent surge in cases.

According to Reuters, New York is reporting 80 percent more cases over the past four weeks than the previous four weeks.

It's recorded more than 2,000 new cases twice over the past week.

More than 33,000 people in New York have died from the virus in the state.

California, Texas and Florida have all already passed half a million cases.

Texas and California each have recorded more than 900,000 infections.