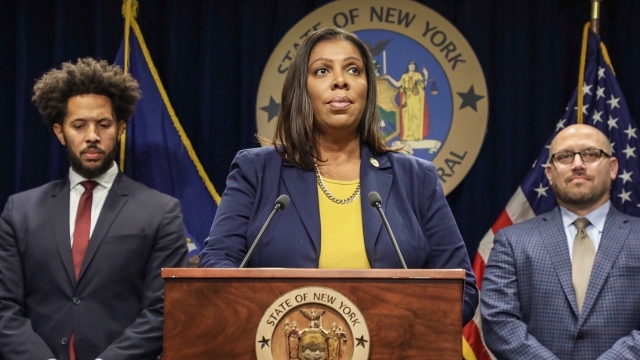 SMS
New York Sues Juul For Allegedly Misleading Minors With Its Ads
By Stephanie Sandoval
By Stephanie Sandoval
November 19, 2019
The lawsuit alleges Juul misled consumers "by misrepresenting its products as a safer alternative to traditional cigarettes," among other things.
SHOW TRANSCRIPT

New York is suing Juul Labs Inc. for allegedly misleading teenagers with its ads and failing to warn consumers about potential health risks, among other things.

James said, "By glamorizing vaping, while at the same time downplaying the nicotine found in vaping products, Juul is putting countless New Yorkers at risk."

The New York State Department of Health says about 1 million New Yorkers use e-cigarette products on a regular basis and that 220,000 of them are under 18. The attorney general's office says Juul intentionally marketed its products to teens and led "large numbers of New York youth to become addicted to nicotine."

Juul says its products are tools meant to help adults stop smoking traditional cigarettes. But the U.S., and other countries around the world, have taken measures to reign in certain vape products' popularity as deaths and illnesses linked to vaping continue to rise.

James filed suit just a day after California filed a similar lawsuit against the company for many of the same reasons. The California suit alleges Juul's website didn't previously verify customers' ages and violated minors' privacy rights in order to send them more ads.

In response to California's suit, Juul said in a statement that it's dedicated to "earning the trust of society" by helping authorities curb teen vaping and helping adult smokers quit traditional cigarettes.