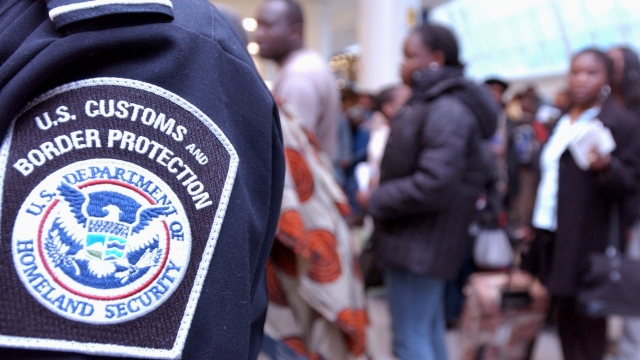 More specifically, the suit was filed against the U.S. Customs and Border Protection and the Department of Homeland Security. It criticizes a new federal policy that prohibits New Yorkers from enrolling or re-enrolling in Trusted Traveler Programs, such as TSA PreCheck.

These programs let participants use expedited security lanes at certain airports and when crossing international borders.

The restriction was put in place in response to New York's "Green Light Law," which lets undocumented immigrants obtain driver's licenses. It also prevents the DMV from sharing residents' personal information with federal authorities, like ICE.

In a letter to New York DMV officials, Homeland Security's acting secretary said, in part, that the law makes it harder for authorities to vet travelers and stop "menacing threats to national security and public safety."

But James said, "The Trump Administration's new policy not only negatively impacts travelers, workers, commerce, and our economy, but it jeopardizes public safety."

New York Gov. Andrew Cuomo supported the suit, saying, "There are more than a dozen states — including red states — with similar laws, but President Trump and his enablers are once again taking their aim at New York's economy."

A press release from the state AG's office says the federal policy will affect hundreds of thousands of New Yorkers and damage the state's economy.