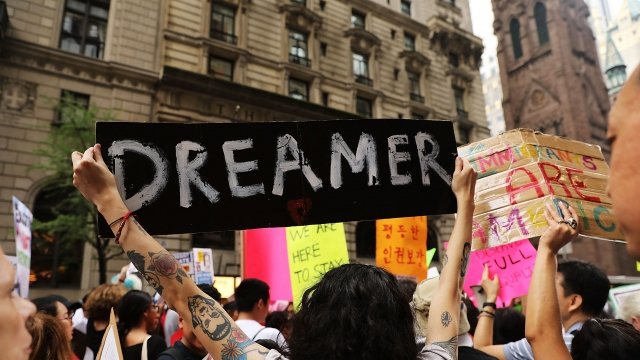 New York Attorney General Eric Schneiderman is headed to court over the Trump administration's decision to end the DACA program.

On Tuesday, U.S. Attorney General Jeff Sessions announced an end to the Obama-era policy that lets certain undocumented immigrants stay in the U.S.

Now, Schneiderman is leading a suit on behalf of 15 states and the District of Columbia to protect DACA recipients in those states.

The suit claims the White House violated the due process rights of DACA recipients and that the administration's decision discriminates against people in the program who are of Mexican origin.

Nationwide, an estimated 790,000 people have DACA protection. Those people can stay in the country until their permits expire.

New York has more than 40,000 DACA recipients. Schneiderman argues those people "played by the rules ... and they've earned the right to stay in the only home they have ever known."

"America made a promise to you, and we will stand shoulder to shoulder with you to make sure that that promise is kept," Schneiderman said. "The complaint we file today is a critical step."