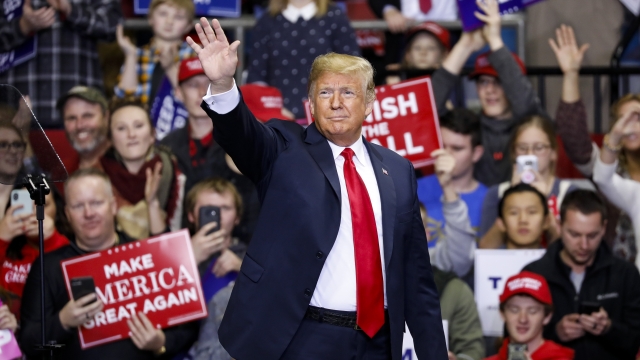 The bill would allow his state tax returns to be released to Congress.

President Donald Trump's state tax returns could be required by law to be released after state senators in New York passed a bill Wednesday.

They actually passed two bills, each for different reasons. The first bill would allow his state tax returns to be released to Congress if they are requested by the chairperson's of three committees: the House Ways and Means Committee, the Senate Finance Committee or the Joint Committee on Taxation. New York Gov. Andrew Cuomo has said he will sign it if it reaches his desk.

The other bill allows state prosecutors to charge people with state crimes after a president pardons them. It only applies to instances where the person has a direct tie to the president.

Trump has previously said a pardon for his former campaign chairman, Paul Manafort, was not off the table. A judge found Manafort guilty of financial fraud as part of special counsel Robert Mueller's investigation into Russian interference. He is now serving time in prison.

The bills still have to pass in the state assembly before heading to the governor's desk.