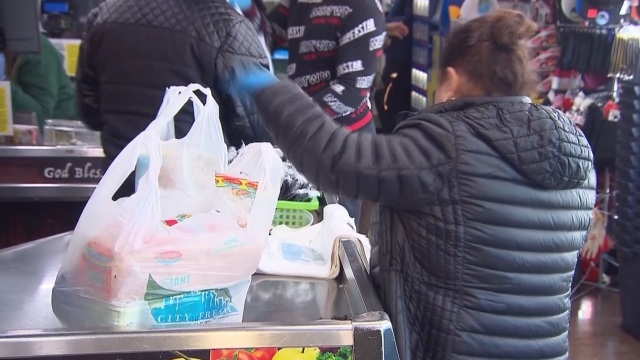 New York grocery stores, bodegas and other shops have less than a month before they stop asking their customers "paper or plastic?"

On Sunday, New York's "Bag Waste Reduction Law" went into effect in an effort to eliminate the use of single-use plastic bags in retail stores. The measure was passed in April 2019.

Stores have until April 1 to enforce the plastic bag ban before they are penalized. If retailers violate the law, they will be issued a warning. If it happens a second time, they face a $250 fine. After that, the fine doubles to $500 if violations occur in the same calendar year.

Officials say the move is because of the amount of plastic bags that accumulate across the state. According to the New York Department of Environmental Conservation, more than 23 billion plastic bags are used each year in New York.