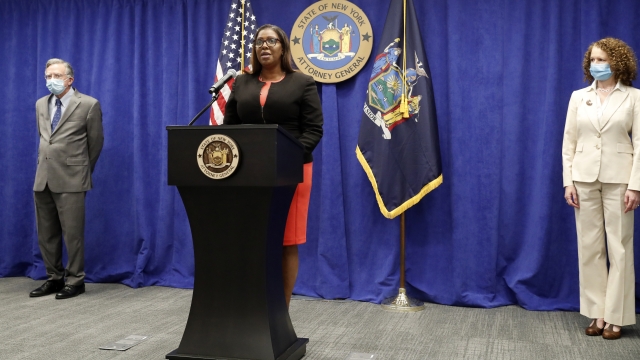 The suit charges the rifle association, as well as four of its executives, with "failing to manage the NRA's funds and failing to follow numerous state and federal laws, contributing to the loss of more than $64 million in just three years for the NRA."

In the complaint, James says there are dozens of examples of fraud within the organization. The suit accuses NRA leadership of spending millions of dollars in donations on personal expenses including travel, private jets, expensive meals and even a safari in Africa.

"It's clear that the NRA has been failing to carry out its stated mission for many, many years and, instead, has operated as a breeding ground for greed, abuse and brazen illegality," Letitia said.

Even though the NRA's headquarters is in Virginia, New York's attorney general has some authority over it because it's chartered as a non-for-profit in New York.

The lawsuit would dissolve the group and require all named leaders to pay full restitution. The NRA called the legal action politically motivated in an election year. Its president said the move was "a baseless, premeditated attack on our organization and the Second Amendment freedoms it fights to defend."