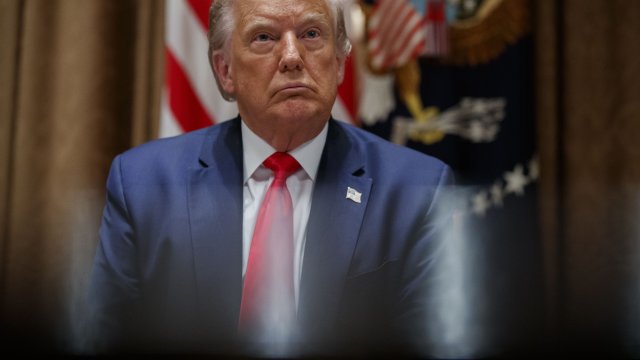 The Manhattan district attorney is citing reports of corruption at the Trump Organization as the reason to subpoena the president's tax returns.

Cyrus Vance said in filings Monday he's seeking eight years of President Donald Trump's returns as part of a "complex financial investigation." But he hasn't disclosed much about what prompted the request, other than part of the investigation being related to payoffs to two women to keep them quiet about alleged affairs with President Trump.

At the time he filed the subpoena, Vance said reports were circulating of "possible criminal activity" within the Trump Organization. In the filings, Vance said the president wasn't entitled to know the exact nature of the grand jury probe.

The president told reporters Monday the subpoenas were part of a Democratic "witch hunt."

Last month, the Supreme Court rejected claims by the president's lawyers that he couldn't be criminally investigated while he held office.