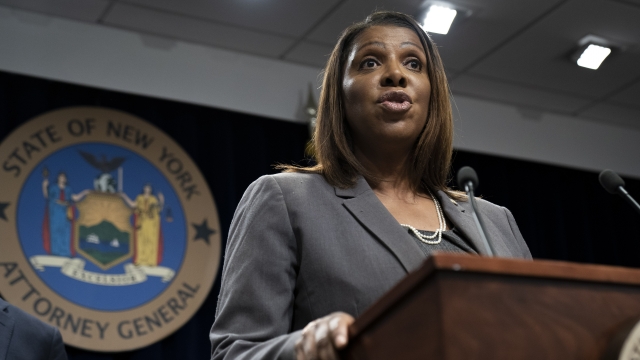 Two lawsuits were filed in New York Wednesday to stop U.S. Immigration and Customs Enforcement from making arrests at courthouses.

The first lawsuit, filed by New York Attorney General Letitia James and Brooklyn District Attorney Eric Gonzalez, argues that ICE arrests in and around courthouses are “unlawful and unconstitutional.”

The lawsuit says ICE's Courthouse Civil Arrest Directive, implemented in 2018, violates the Administration Procedure Act and the U.S. Constitution. The suit argues the directive overextends the agency's authority and doesn't take into consideration the impact on state judicial proceedings.

The lawsuit says the presence of ICE officials in and around courthouses deters immigrants and noncitizens from pursuing cases in court, out of fear of arrest.

ICE says the directive is meant to reduce safety risks to the public, targeted aliens and ICE officers and agents. The agency says the arrests are often necessary because jurisdictions are unwilling to cooperate with ICE in the transfer of custody of aliens from their prisons and jails.

New York’s attorney general said on Twitter Wednesday: “This is a disastrous and dangerous break from previous policy and that’s why we are fighting to force them to end this practice. The administration of justice and public safety are among the most important functions of the state, and I will be relentless in their defense.”

The second lawsuit was filed by immigrant rights groups on behalf of an individual. The plaintiff is a noncitizen domestic violence survivor who needed to appear in court for an order of protection, but feared the risk of an ICE arrest coming to a courthouse.

Brooklyn's district attorney said on Twitter Wednesday, “If there’s one thing I’ve learned in 25 years as a prosecutor, it’s this: law enforcement cannot keep people safe without the trust of the communities we serve.”

A report by the Immigrant Defense Project shows that ICE courthouse arrests in New York increased by more than 1,700% between 2016 and 2018.