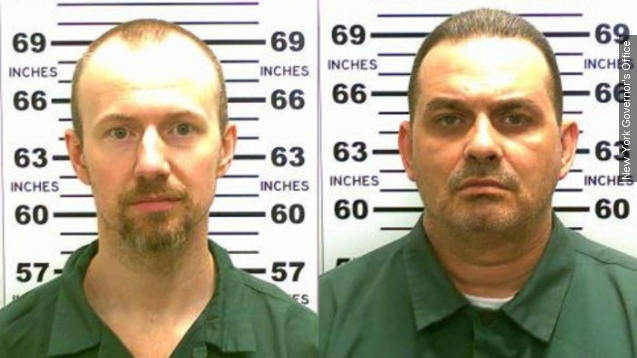 Richard Matt and David Sweat escaped the Clinton Correctional Facility over the weekend using power tools, crawling through pipes to get outside.

New York authorities are offering a $100,000 reward for information leading to the arrest of two convicts who escaped a maximum security prison over the weekend.

"This is the first escape from the maximum security portion of the institution ever since 1865. By definition, it was an extraordinary act," New York Governor Andrew Cuomo said.

Authorities say the inmates used power tools to cut through steel walls and steel pipes. They then crawled through the pipes and out of a sewer to escape.

It's still not clear how the inmates got the power tools. Prison officials say all of their tools are accounted for. Also, another question: who heard them using the loud tools?

Authorities had no luck finding the pair on Saturday and have even alerted Canadian authorities to be on the lookout. Dannemora, N.Y., where the facility is located, is only about 20 miles from the Canadian boarder. (Video via WKBW)

Citizens are being told not to approach the men if they're spotted.

This video includes images from the New York Governor's Office.