New York Man Dies Rescuing His Family From A Fire 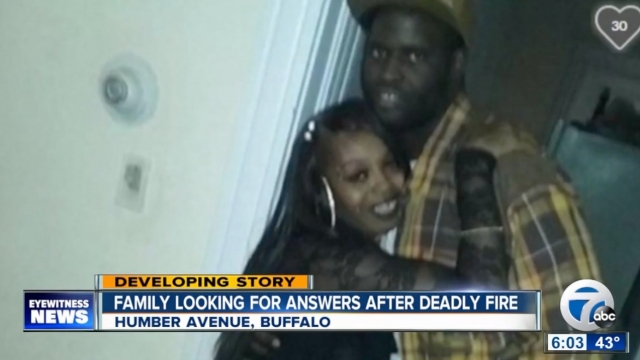 SMS
New York Man Dies Rescuing His Family From A Fire
By Samantha Crook
By Samantha Crook
February 21, 2016
Twenty-four-year-old Demetrius Johnson died after re-entering the burning building in an effort to save his son and an upstairs neighbor.
SHOW TRANSCRIPT

A father in Buffalo, New York, died Friday trying to save his family from a fire.

Firefighters were able to rescue the 3-year-old, who is being treated for smoke inhalation. Johnson and the man he tried to rescue were both killed in the fire.

Johnson’s fiancee, Tempest Thomas, was flown to Shriners Hospital in Cincinnati Saturday where the couple’s 8-year-old daughter is being treated for severe burns. Officials are still trying to determine the cause of the blaze.