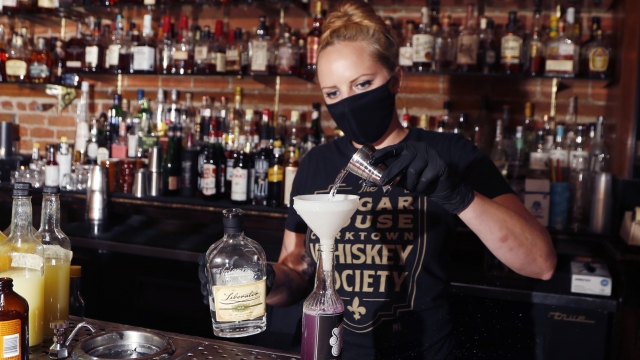 New York announced it will allow to-go drinks from restaurants for the next three years. A provision in the state budget bill released Thursday settles a booze battle between bars, restaurants and liquor stores.

During the height of the pandemic, dining establishments and local bars and taverns were allowed to serve drinks to-go as customers stayed away from indoor dining. However, last June the provision was lifted as businesses began returning to normal dining practices.

Now, according to the budget bill, any alcohol sold to-go must be accompanied by "a substantial" food order. It also does not permit restaurants or bars to sell full-size bottles of wine or liquor.