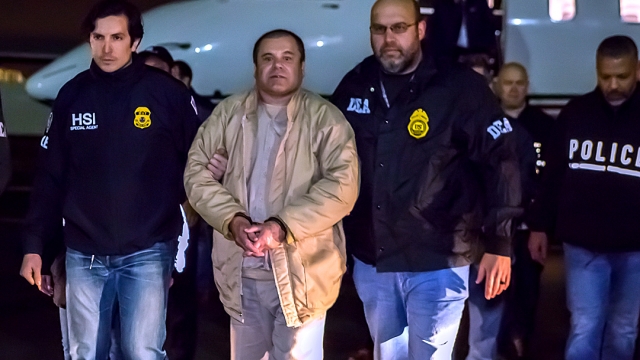 Guzmán's trial ended in February with him being convicted of murder conspiracy and drug trafficking charges.

His attorneys asked for a new trial on the basis of a Vice News article that included an interview with an anonymous juror. That juror said several fellow jurors "violated the judge's orders by following the case in the media during the trial." But U.S. District Judge Brian Cogan said any average jury would have convicted Guzmán because of the amount of evidence against him.

Last month, Cogan also denied Guzmán's request for better prison conditions. Federal officials said his request might be part of a plan to help him escape. Guzmán escaped Mexican jails twice before being extradited to the U.S.