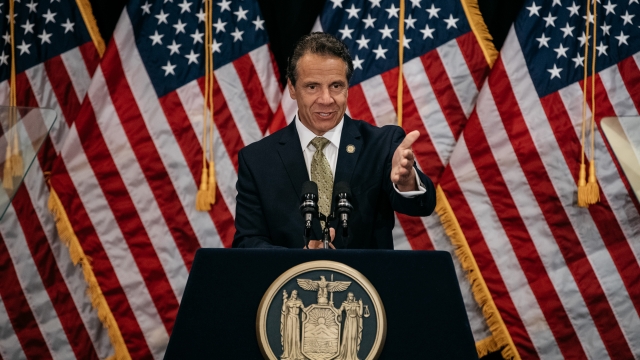 Marijuana is now even further decriminalized in New York. On Monday, Gov. Andrew Cuomo signed a bill making the illegal possession of marijuana punishable by a fine instead of criminal penalties.

Cuomo's office says the bill aims to to make marijuana enforcement "fairer and more equitable." And other Democrats agree that it will help end enforcement practices that target people of color.

Cuomo said, "Communities of color have been disproportionately impacted by laws governing marijuana for far too long, and today we are ending this injustice once and for all."

According to the Marijuana Policy Project, 26 states and Washington, D.C., have already decriminalized marijuana possession to at least some degree, and 11 of those have legalized recreational use. Fourteen other states have medical marijuana laws. And the remaining 10 have no progressive legislation at all.

Back in June, New York state leaders were unable to reach a consensus on legalizing recreational marijuana before a deadline. Cuomo said that the racial disparity in enforcement was reason enough to try again in the future. For now though, he says Monday's decriminalization bill is a step in the right direction.

He said, "By providing individuals who have suffered the consequences of an unfair marijuana conviction with a path to have their records expunged, and by reducing draconian penalties, we are taking a critical step forward in addressing a broken and discriminatory criminal justice process."

The bill will take effect 30 days after becoming law.