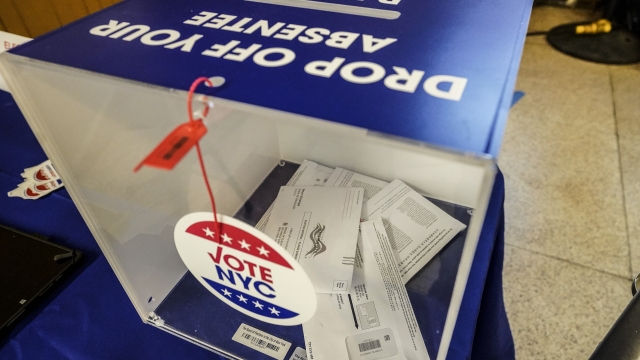 Redistricting could net Democrats as many as three Congressional seats, from an advantage in 19 of 27 districts to 22 of 26.

New York State has a new Congressional map — and it's set to shake up the midterms from both the right and the left.

Governor Kathy Hochul approved the maps Thursday night, which could net Democrats as many as three Congressional seats, taking them from an advantage in 19 of 27 districts to 22 of 26.

And in a time when Republican control of state legislatures were thought to give them a political edge in redistricting, New York showcases how both parties are using the once in a decade process to their advantage.

"This is the definition of Gerrymandering. This is Albany democrats and Washington democrats putting their political, personal priorities over the will of the people," House Republican Conference chairwoman Elise Stefanik said.

But it's not just Republicans who see problems with the maps. It's also Democrats like Rana Abdalhamid, who is running to unseat Congresswoman Carolyn Maloney, who has been in office since 1993.

"Incumbents want the status quo, right? They do not want to lose power," Abdalhamid said.

Maloney narrowly won her primary in 2020, garnering just 43% of the vote. Her district has now shifted to include more of Manhattan and less of Queens and Brooklyn.

"We know that these are parts of the district that voted more progressive and tend to be much more diverse, much more young," Abdalhamid said.

It's not just this district though — the examples are everywhere. Neighboring Congressman Jerry Nadler's district is also being redrawn to include very specific parts of Manhattan and Brooklyn.

Maloney's office did not respond to Newsy’s request for comment.

Redistricting is happening all over the country from the right and left.

"It's become such a practice that, in the last 10-20 years, the political parties have become so overreaching and greedy, that some courts, especially state courts, in Ohio, in North Carolina, and Pennsylvania, have said 'You've gone too far,'" said Jeffrey Wice, with the Census and Redistricting Institute.

According to the Cook Political Report, Democrats are on track to net 2-3 seats nationally with new maps. And in what is sure to be a close race — where Democrats hold just a ten seat majority — every seat matters.

"The zero sum of it is that at the end of the year, either Nancy Pelosi — a Democrat — or Kevin McCarthy — a Republican — will become speaker next year," Wice continued. "So if you care about the future of American public policy, you're going to care who who controls U.S. House."

Fourteen states still have yet to fully complete their congressional districts. Six states have only one district.