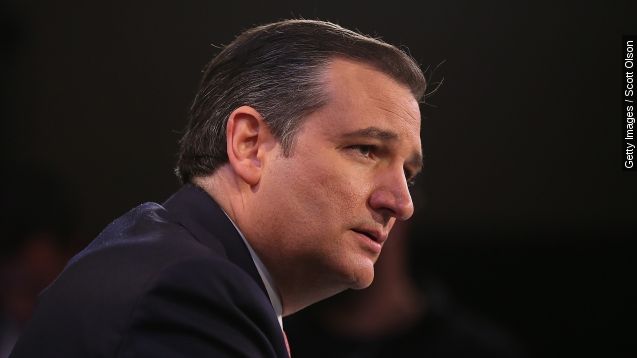 The New York Daily News is calling out Ted Cruz for a comment he made about Donald Trump having "New York values."

The outlet tweeted a photo of Friday's front page with the headline "Drop Dead Ted" and an image of Lady Liberty flipping the bird.

The presidential candidates sparred over Cruz’s comment on Thursday night's debate stage. Cruz argued that New York only focuses on "money and the media." In Trump's rebuttal, he evoked the city's reaction to 9/11.

Many are expressing anger over the Daily News' front page on Twitter, calling it "embarrassing" and "disgusting."

Cruz has yet to respond to the cover.