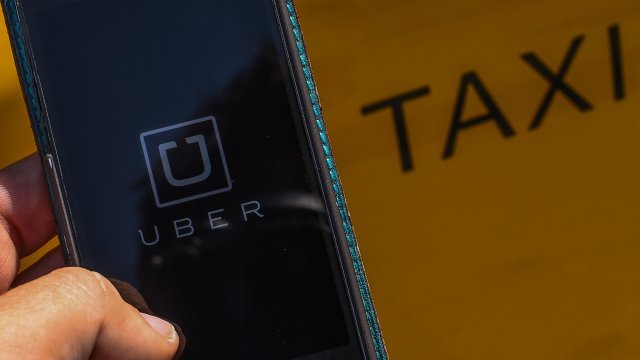 New York City just capped the number of Uber and Lyft vehicles allowed on the road, and that could set the stage for other cities to do the same.

The New York City Council voted Wednesday to regulate all ride-hailing services. The cap will be in place for a year while the city studies their impact. The regulations also set a minimum rate that drivers must make.

City Council Speaker Corey Johnson said the rules are meant to decrease congestion and that the council is "pausing the issuance of new licenses in an industry that has been allowed to proliferate without any appropriate check or regulation."

Uber has faced multiple regulatory issues. In response to the council's decision, the company said, "The City's 12-month pause on new vehicle licenses will threaten one of the few reliable transportation options while doing nothing to fix the subways or ease congestion."

New York is Uber's largest American market, and it's seen a surge in ridership there, in part due to the city's unreliable subway system. And fewer ride-hailing service vehicles on the road could leave passengers with higher fares and longer wait times.

Mayor Bill de Blasio tried to institute a cap in 2015 but failed. He's expected to sign Wednesday’s legislation into law.