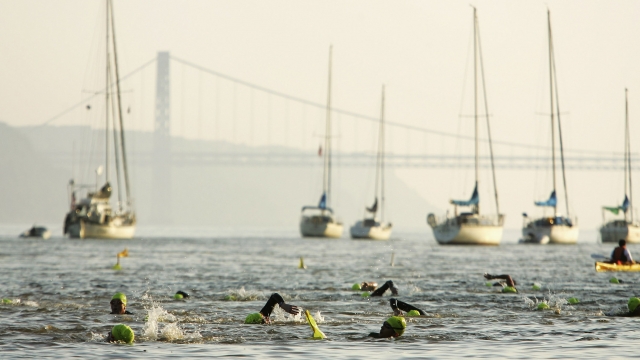 On Thursday, organizers announced the 19th annual New York City Triathlon scheduled for Sunday would be canceled due to an incoming heat wave.

Nearly 4,000 athletes were expected to compete in the event, with registrants coming from 45 U.S. states and 33 countries. The race consists of swimming in the Hudson River before cycling and running in Manhattan.

The temperature in New York on Sunday is expected to be in the mid-90s, but forecasters say the humidity could make it feel like almost 110 degrees. The National Weather Service announced an excessive heat warning for the city from Friday afternoon to Sunday evening.

In a tweet, New York City Mayor Bill de Blasio declared a "local emergency" due to "extreme heat" from Friday to Sunday and ordered certain office buildings to take steps to reduce strain on the electrical grid. At a press conference, De Blasio warned residents to avoid going outside, saying, "our fear is people dying."

According to triathlon organizers, the racers will be refunded their registration fees within the next three weeks.