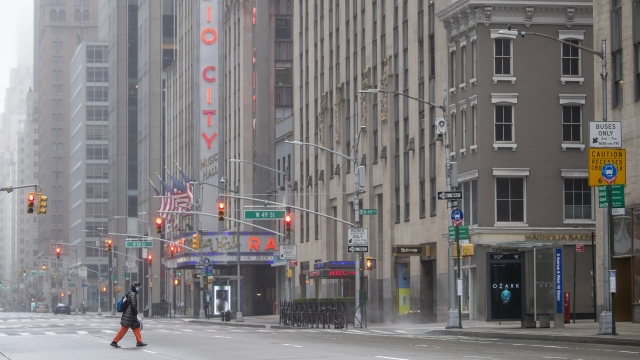 New York City Mayor Bill de Blasio says anyone who violates social distancing protocol will be fined, as the city works to limit the spread of the coronavirus.

In a press conference Sunday, de Blasio said the fines will range from $250 to $500.

"Now if an officer comes up to you, someone wearing an official city uniform, official city identification, comes up and says move along, disperse, etc., if you ignore that order, they are going to say if you ignore it, we are going to have to fine you. They're going to give people every chance to listen and if anyone doesn't listen then they deserve a fine at this point. And I don't want to fine people when so many folks are going through economic distress," de Blasio said.

New York is one of the hardest-hit states so far, with New York City recording the most deaths in the U.S. from the coronavirus, according to Johns Hopkins University.

Meanwhile at the federal level, President Trump extended social distancing guidelines until April 30. Under those guidelines, elderly people are urged to stay home and all Americans are advised to avoid gatherings of more than 10 people.