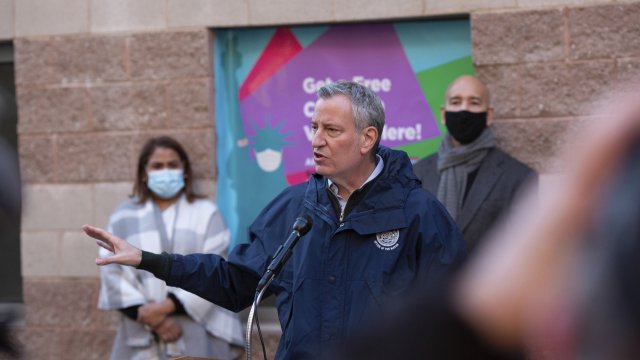 President Trump’s hometown is cutting ties with him, in a move that could cost him millions of dollars in revenue.

"The city of New York is severing all contracts with the Trump Organization," said New York Mayor Bill de Blasio.

New York Mayor Bill de Blasio made the announcement Wednesday morning, saying city contracts can be ended if a vendor breaks the law.

Four contracts to operate tourist attractions, like the Central Park Carousel and the Ferry Point Golf Course, are worth around $17 million a year.

President Trump’s son, Eric Trump, criticized the decision and said the city “has no legal right to end our contracts.”

New York joins a growing list of companies and organizations trying to distance themselves from President Trump, following last week’s riots in the Capitol.

Deutsche Bank, the PGA, and Shopify are ending business with the president directly. Other firms, like Verizon and Hallmark, are stopping donations to Republicans lawmakers who opposed certifying the election. Some are pausing political contributions altogether.