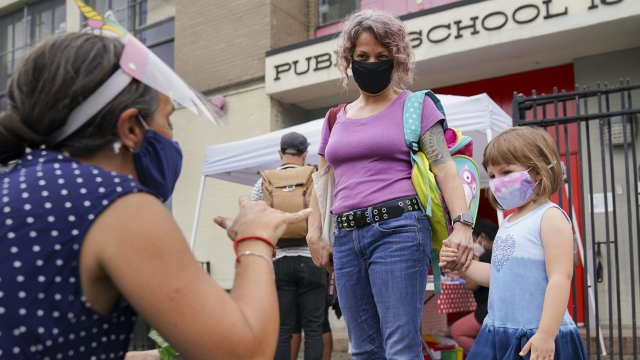 Students in the nation's largest school district began a new school year Monday, but only a few of them started in school buildings.

The majority of students in New York City public schools began with virtual learning, while pre-kindergarten and some special education students headed to actual classrooms. In all, the New York Times said the goal was to bring up to 90,000 of the system's 1.1 million students back to class.

Mayor Bill De Blasio greeted children and their parents at one school in Queens, New York and applauded them for their "air of energy and spirit."

New York City Public Schools is one of the first large districts in the country to resume in-person teaching classes after the pandemic forced schools to close.

Although students in kindergarten through 12th grade started the new school year remotely, they will go back physically next week on a fixed schedule.